The second Akademie Station of the Fellowship Internationales Museum by the Kulturstiftung des Bundes was held from the 11th to the 13th of August in Bremen and Bremerhaven. Shifted Objects – Postkoloniale Praktiken in Museen (Postcolonial practices in museums) was the elected subject for this session. In a postcolonial world, the most important remark of the academy was how to decolonize and delink ourselves from the still colonizing ways of the present. And that’s how it ended and also started. By subverting orders, ways of thinking or, in this case, established notions of localization and time keeping, can we also promote awareness of how colonialism, and mostly oppressive traditions of knowledge building and their spreading, still are deeply rooted in our daily lives?

Starting from the end then, during the morning of the very last day, at the Übersee Museum Bremen (Bremen Overseas Museum), post-colonial beat patterns as in generalizations for African, Latin music, or other “exotic” rhythms set the tone of the sound-lecture by Prof. Dr. Johannes Ismaiel-Wendt, in which he spoke while playing the tunes he was referring to in a critical post-colonial analysis. Together with Dr. Mona Schieren, they also proposed a rather interesting fiction creating workshop with even more curious outcomes. Divided in groups, we then went through the collection storage where we found many objects and we imagined the stories behind them.

Objects without date in that museum collection, they could well have come from another time, that was the initial thought of our group. While picturing the story behind an ethnographic artifact with no date, description, details on acquisition, one could wonder freely. Therefore, while creating a fictional story behind one of the objects during the workshop, we assumed that object and hence all of the other ones came from a future era.

We don’t really know how they got into the glass case. But accidentally one of us hears one of them trying to communicate. This entity was elected by all the objects to get in contact with us and it gives us then more details about those artifacts we previously knew nothing about. It expresses that the objects are behind the glass and they observe us humans at all times. They talk to each other telepathically and they have a simplified written language, but we still don’t know what they mean. The museum collection is then noisy, yet we are still not evolved enough to hear all the objects communicating with themselves.

This entity aforementioned is called Pat and it has crossed the barriers not only of unanimated life but also gender, and “othering”. In its picture you can see that it does not worry what sexual category or role it appears to have, and as it manifests itself we see that we can’t really say if Pat would stand for Patrick or Patricia, or something else even. It also tries to understand humans for it has been observing them for so long. Lost in time, but totally in sync with the space of the Overseas museum glass case, it made its point about how generalizing and stigmatizing this “othering” can be. By looking at us humans and all of our different habits and ways of western civilized 21st century people, it could not label us and present all of our humanity to the other objects.

Objects trying to understand and communicate the humanity to other objects: how outrageous it would be to try to objectify the humanity. Well but human beings objectified others in the course of history. Some museums or museological practices even contributed to it, especially during colonial times.

Before trying to talk to objects that came from the future and creating a fictive and much too inventive museum narrative, one day earlier we spent in the city of Bremerhaven. There we also went on a time travel and world tour – at least for me who visited the Deutsches Auswandererhaus (German Emigration Center). We also explored the coastal movements surrounding the city at a boat trip along the container harbor with comments by Francine Mireille Lauber and lecture with Denis Delestrac, about his latest documentary “Frightened: the real price of Shipping”. Prior to that, we had a museum tour at the Deutsches Schiffahrtsmuseum (German Maritime Museum), led by Prof. Dr. Ruth Schilling and the fellow Dr. Charlotte Colding Smith after she described her project and her important outlooks on memory and oral history regarding maritime themes.

The day before, at the Bremen Rathaus (Bremen City Hall), it was also very enriching to learn about the other Fellow’s projects. Julia Binter’s decolonizing view of an established art collection, Bhavisha Panshia’s new approaches to art installations, music and language, Imani Tafari-Ama’s new participatory perspectives about former Danish colonization, and they were all very different but at the same time questioning, inspiring and pursuing the efforts to rethink museums.

Finally, during the first hours of the first day started with the decolonizing keynote speech by Prof. Paul Goodwin and guided tour at the Kunsthalle Bremen (Bremen Art Gallery) by museum director Prof. Dr. Christoph Grunenberg and Dr. Eva Fischer-Hausdorf. By the end of this Academy station and this adapted, inverted, subverted and sometimes fictional description, how lost did you feel? If this reversed order made you disoriented or bothered, imagine how upset people must feel when dislocated from their own time and space, from their own way of producing texts, knowledge and culture. Those are the most subtle forms of colonization that still haunt us unconsciously. At least for me, this text and this academy session, it all started and ended then the same. Constantly trying to decolonize myself, objects, the notion of museum, decolonize art and thinking. Using this constant thought also in the framework of a subjective museum, where everyone’s perspectives are of great importance, for no matter when or where, the endeavors involving people can never again implicate colonization whether it is economic, cultural, social, academic or psychological. 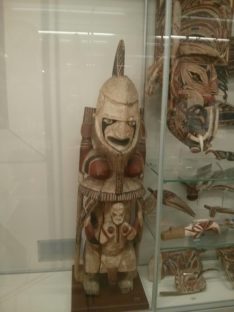 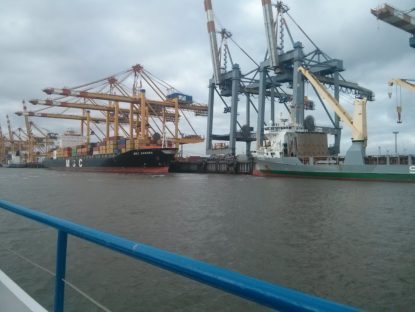 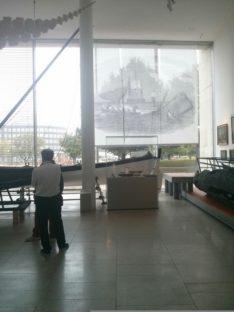 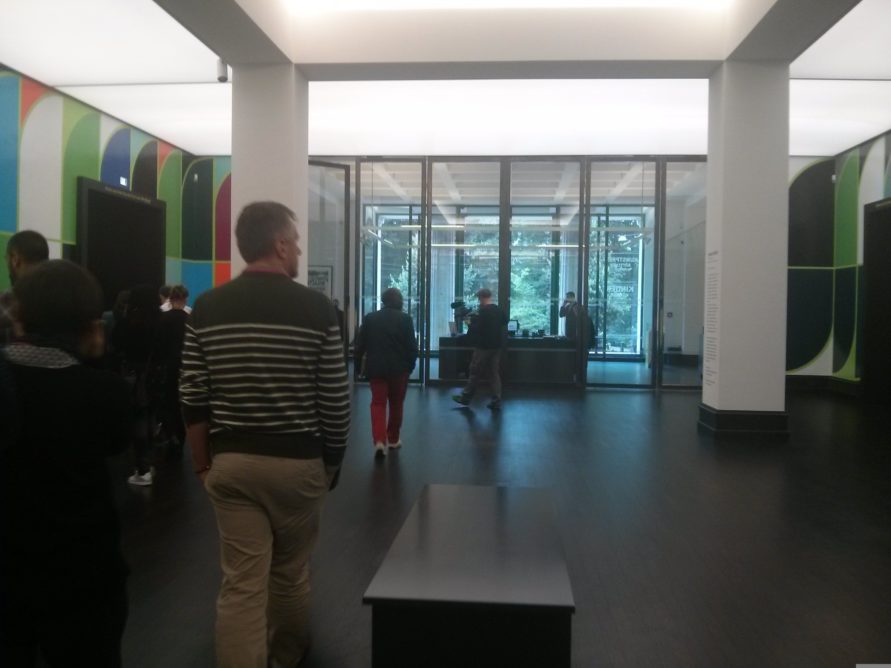