Brazilian Researcher but world citizen, I will be working in the Historisches Museum Frankfurt as an international fellow for 18 months together with the Frankfurt Jetzt! team to bring new perspectives from brazilian and portuguese theories and experiences.

The program Fellowship Internationales Museum by the Kulturstiftung des Bundes (German Federal Cultural Foundation) is now on its second round and for 18 months in 2016 and 2017, 18 curators and researchers from foreign countries challenge 18 German museums in an internationalization endeavor on the pursuit for new methods, themes and new forms of cooperation and network establishment with other countries.

Being a researcher in museology, to be part of the program, has not only allowed me so far to experience a nice and fruitful working environment and learning place at the Historisches Museum Frankfurt, but also to follow the interesting program’s mobile Akademie Fellow-me! The first station Ethics – Über das Richtige, das Falsche und das Dazwischen (Ethics – About right and wrong and what is in-between) took place in Halle (Saale) and Leipzig from the 19th to the 21st of May.

It was a sunny and rather pleasant morning when my mentor Angela Jannelli and I arrived in Halle (Saale) after a train ride full of discussions and conversations along with interesting sights and her insightful comments, which somehow also translated to me some of the History of Germany. After a reception at the beautiful building of the German Federal Cultural Foundation, coffee and interesting talks were shared among the fellows and their mentors about their projects. Little did I know that many important questions and challenges about ethics in museums were to rise in the course of the event. Learning about other people’s past and current experiences and having a glimpse of their cultures allowed me to also reflect upon my own expectations. During the first speeches given by the organization members it became clear how new perspectives brought by people from other countries were important to the program, but side by side with the risk they would imply.

At the beginning of the program, the possibility to witness one of the ancestors of the museum as we know it today, a cabinet of curiosities at the Franckesche Stiftungen (Franckesche Foundation) was followed by a lecture about ethics by the president of the Deutscher Museumsbund (German Museums Association), Professor Dr. Eckart Köhne. The ICOM (International Council of Museums) and its Code of Ethics were the mains subjects of the presentation, which focused on collections, collecting and repatriation and the difficulties to have an international standard, for many problems still derive from stately laws and even specific museum guidelines regarding the recommended practices on the matter. Interventions by questioning fellows gave a hint of the post-colonial matters that would later be a highly debated subject.

The next days’ events were held in the city of Leipzig. At the Deutsche Nationalbibliothek Deutsches Buch- und Schriftmuseum (National Library of Germany and German museum of Books and Writing) a presentation and tour at the beautiful old and new buildings were given by paper specialist Dr. Frieder Schmidt; also a conference about iconography by international fellow Helena Doudova that was followed by a workshop: Picto Talk – Grafisches Zeichnen als gemeinsame Sprache (Graphic design as a common language), by illustrator Johanna Benz. There we were able to draw our colleagues but also our own subjectivity. The results were amazing!

In the afternoon, off we went to the Leipziger Baumwollspinnerei, an area of old cotton factory buildings reconditioned and transformed into amazing cultural places such as the HALLE 14 Zentrum für zeitgenössische Kunst (Contemporary Art Center). There the colonial and post-colonial issues emerged as main topics. Should we close ethnographical collections and museums after all, in order to make justice to those affected by the processes? How could it be possible to promote awareness regarding this dark past, but also targeting concrete actions?

The director of Staatliche Ethnographische Sammlungen Sachsen (Saxony State Ethnographical Collections) Nanette Jacomijn Snoep spoke about an “imagined museum” in which ethical matters would be properly and carefully observed. This lecture was followed by a World Café where the conclusions about professionalism, ethics, the possible end of collecting and by whom, for whom and with whom museums should work for, were presented and the experience proved to be really enriching and clarifying, corroborating that collective thinking and plural perspectives work for the best in most of the cases.
During the last day and the very last activity at the Grassi Museum für Völkerkunde (Grassi Museum of Ethnology), fellows, mentors and other participants were invited by Dr. Benjamin Meyer-Krahmer, visiting professor at the MA program Kulturen des Kuratorischen (Cultures of the Curatorial), held by the Hochschule für Grafik und Buchkunst Leipzig (Leipzig Academy of Visual Arts), to go through the permanent exhibition in order to identify possible problems of displaying ethnographical collections. Afterwards he presented a recent experience that took place in the museum, which tried to subvert some of the established traditions of ethnography and ethnographic exhibitions when a group of art students was allowed to do interventions in the permanent collections’ rooms. Even though controversial, this approach can be an interesting way of updating the role of museums to make it fit better to today’s societies’ needs and contexts.

One last point that still remained unanswered was the ethical problem regarding the instrumentalization of museums and the use of its authority and symbolic power to legitimize specific private interests, some political ideologies or still stereotyped and even oppressing points of views. This and other questions will probably be discussed in the next sessions of the „Akademie“. While waiting for them, I shall continue to bring ethics to my own work trying to relate to the projects at the Historisches Museum Frankfurt. It already presents an important approach with many participative methods and activities, which were even given as examples sometimes during the event. Those projects make the museum to be an alive and representative museological institution that I can hopefully incorporate in my own work, but where I can also contribute with different perceptions from my own previous knowledge and experiences. These are the challenges in the next few months in the Historisches Museum Frankfurt and I look forward to it!

It’s important to conclude that within the framework of post-colonialism but also contemporary global crisis situations regarding people and culture, Germany and Frankfurt have found a good way of promoting the efforts of decolonization of thoughts and museums by taking into consideration the voices of those that many times in the past did not have this opportunity. This is a big step towards ethics in museums. Many countries of the Global South are represented among the 18 fellows such as South Africa, Jamaica, Turkey, Iran and Indonesia, and me as a Brazilian, along with other European colleagues. They all have already demonstrated that they want indeed to bring new and challenging perspectives to German museums, so I’m eager to the next session of the „Akademie“ in August to find more about them! 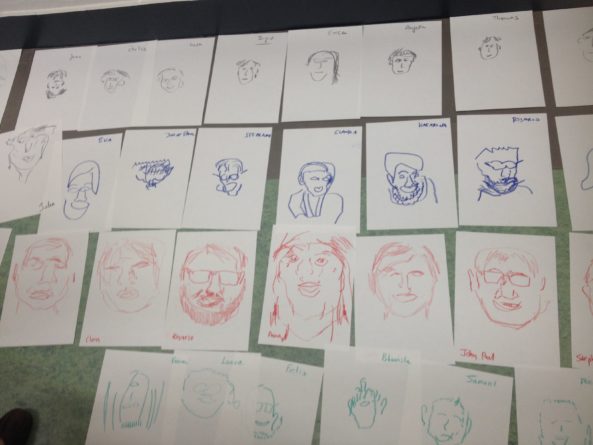 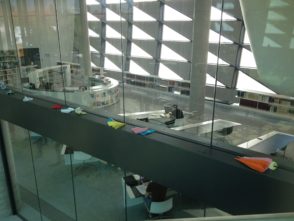 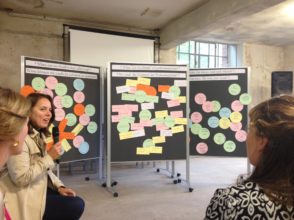